Ayurveda has made itself known worldwide as an ancient healing science that promotes healthy living and exploration of natural remedies. Of all the types of medicines and remedies available, the Asavas and Arishtas stand out as fermented formulations. The Patrangasava is one such Asava formulation which targets feminine problems and promotes women’s health. It is used to treat various issues such as painful menstruation, anaemia, poor digestive capacity and anorexia, excess menstrual bleeding, leucorrhea, dysmenorrhea, uterine bleeding, fever symptoms, inflammatory disorders, polycystic ovarian disorders.

In addition to the above, the Patrangasava is anti-microbial, antihemorrhagic, detoxifying, depurative, an appetizer, antilipidemic and a uterine tonic. It is recommended to store such medicines in a cool and dry place away from direct sunlight.

Patrangasava ayurvedic medicine is a formulation that constitutes select herbs and compounds that are finely ground, mixed, and fermented. As with any ayurvedic Asava formulation, the definitive process is that of infusion contrasting that of the Arishta which a process defined by decoctions. The constituents of the herbs, extracts and compounds are as follows:

While all Asavas are made in huge wooden or stainless steel vats these days, the traditional method generally calls for an earthen pot as a vessel. The earthen pot must be large, thick, light and with a smooth surface. While the earthen pot is recommended, a glazed, white, porcelain jar may also be used.

To start the process, the herbs and medicinal constituents are to be cleaned, dried and powdered and mixed into water that already contains the sugar and honey. It must be noted that the benefits are not only restricted to the medicinal herbs but can also be found in the flavouring agents and binders of the fermented concoction. The infusion is added into the pot or vat up to the three-fourth mark and is followed in by the fermentation inoculum. For this particular medicine, the inoculum refers to the Dhataki flowers that are as purposeful as the yeast extracts given that they carry wild yeast species.

The honey also aids in the provision of a naturally occurring inoculum. Empty space must be maintained in the vat or the vessel used to ensure that there is no contamination in the fermented concoction caused due to an overspill or an unwanted leak. Traditionally, the vessel is sealed and stored in a dark place, preferable underground or in a grain silo. Post-fermentation, the solution is filtered and ready for use. In case any sediments are found to be suspended in the solution, they are left to settle and refiltered.

The fermentation process is integral to the production of the ayurvedic Asava as it has numerous benefits.

While the Asava is quite the tonic to promote wellness for women, it can also be used to treat numerous other conditions such as Anaemia, loss of appetite and anorexia nervosa.

While serious symptoms can be associated with a reproductive disorder such as PCOS or Polycystic Ovary Syndrome, others can be classified as patient-specific issues pertaining to menstruation and loss of blood. The Asava is proven to be quite effective in treating dysmenorrhea, leucorrhea, anaemia due to blood loss and painful menstruation.

In addition to the above, the Asava can also be used as a Urinary antiseptic and an astringent.

The Asava’s general dosage is restricted to 10 to 30 millilitres and to twice a day. The maximum threshold rests at 60 millilitres. The dosage is subject to change with every patient and disorders reported after proper diagnosis and analysis. It is meant to be taken after meals along with lukewarm water to room temperature water.

Patrangasava Side Effects And Restrictions

The Asava must be used carefully with sensitive individuals. However, it is well tolerated by the majority of patients. In some cases, it has been known to cause indigestion, acid reflux, constipation, nausea, vomiting, high blood pressure, palpitations, excess vaginal bleeding, vaginal discharge, burning sensations and low blood sugar levels.

It must be noted that the Asava must not be used in cases of prolonged irregularities in the menstrual cycles. Any issues must immediately be brought to the notice of the medical or ayurvedic practitioners.

The price ranges from the lowest of Rs 98 for Pantanjali Divya Pharmacy to the highest of Rs 173 from Baidyanath Pharmacy. The medicine can be availed at any of the following: 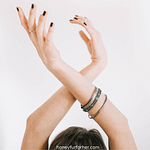 Abhyanga in Ayurveda means oil massage. It is suggested as both as a preventive modality in everyday life of a person as well as for treatment of diseases. Depending on the constitution of a person,...

Ancient indian texts are full of beautiful yoga and meditation related quotes. Below are a few that I loved. These are just not from ancient texts but some are also recited by great yogis and...