Vamana is one of the 5 therapies of Panchakarma in Ayurveda. Vamana means controlled vomiting which is planned, induced, and stopped. It is therapeutic emesis or medicated induction of vomiting. It is a procedure in which Doshas (waste products or toxins) are eliminated through upper body channels i.e. mouth especially the Kapha and Pitta dosha. It is one of a procedure that aims at plucking away the deep-rooted imbalances in the body. This treatment helps to dislodge the aggravated Kapha Dosha from the body especially from the respiratory and GI tract. Vamana treatment is carried out early in the morning under a doctor’s supervision on an empty stomach when the Kapha is intense so as to get better results.

Ayurveda believes that different seasons have an influence on the intensification of doshas, ex: Kapha in Hemant (spring season), Pitta in Sharada (winter season), and Vata in Greeshma season (summer season). Hence Vamana therapy can be opted in the spring season to prevent disorders related to Kapha. The therapy is targeted to expel increased Kapha out of the body. When the Kapha dosha is increased it can cause many diseases such as cold, cough, etc. If the Kapha is less than oral medicines are given to suppress it. But if it has increased to a large extent then Vamana therapy is adopted. To expel Kapha out, first Kapha must be forcefully brought from the extremities and different organs within the stomach, and then vomiting is induced resulting in a healthier state.

Panchakarma (“Pancha” meaning five and “Karma” meaning action) is essentially five karmas or action is done to detoxify the body according to Ayurveda. 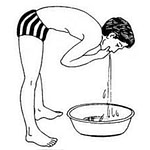  Medicated oil for application on chest and on back abdomen – 100ml

There are many benefits of Vamana therapy.

1. Lightness in the chest.

3. Clears sinuses resulting in relief from congestion, wheezing and breathlessness.

5. It removes extra mucus from the food pipe or oesophagus.

6. Reduced weight, cholesterol and triglycerides: Obesity is a disorder caused by impaired metabolism. When the body’s metabolism is low, the energy foods or carbohydrates that we consume does not get metabolized and instead it gets stored as visceral fats, which causes obesity. Out of the five Virechan and Basti are best suited for weight loss. They reduce fat by removing the excess cellulite accumulated under the skin. All the therapy in Panchakarma altogether helps to reduce weight.

Side effects can occur sometimes if post-vamana regime is not followed by the patient or it is done in less or excess amount by the doctor. Some side effects are:

Can Vamana Therapy Be Performed At Home?

Vamana can only be performed under the supervision of an Ayurvedic doctor. But Vamana Dhauti or Kunjal Kriya can be performed at home. They are different but have one thing in common that is vomiting.

Vamana is mentioned in the original Ayurveda, in the classical texts as a type of Panchakarma whereas Vamana Dhauti is a part of Shatakriya by Hatha Yoga and is studied under Yogabhayas

How Vamana Is Performed: The Procedure

Abhyantar Snehan – Drink ghee early in the morning on empty stomach. The amount of ghee starts from 25 ml on first day and is gradually increased by 20-30 ml every consecutive day. This continues for 3-7 days depending on the changes observed in the body.

Bahya Snehan – Massage with oils that may last for about 30-45 minutes. It depends on the duration of ghee consumption by an individual.

Swedan – Massage is followed by steam. The entire body except for the head and the face is subject to steam.

Abhyantar Snehan is done at patients home whereas Bahya Snehan and Swedan are done at the clinic.

Vamana process – After the above set of procedures, there is a gap day where you will skip ghee consumption and will be prescribed a Kapha inducing diet including curd, fermented food etc.

The next day in the morning, again there is a massage and steam session followed by Vamana process. You are given herbal medicines by the Ayurvedic doctor to induce vomiting. You vomit about 4 to 8 times in a span of 45 minutes.

Position of Patient (during vomiting): It is at this stage that the patient should be asked to sit on a bed of knee height comfortably, well covered with towel. A spittoon should be kept nearby. The caretaker of the patient must support his head, sides, press the naval and massage the back of the patient.

Signs and Symptoms – Signs and symptoms that indicate the proper action of drug:

First – Effect of medicinal decoction would be perspiration indicating dosha has started to melt.

Second – The patients would have horripilation indicating Dosha’s movement from its position.

Third – Patient starts to have distension of the abdomen indicating that Dosha has shifted to the intestine.

Post Vamana – After Vamana, you are given herbal vapours inhalation to wipe out the Kapha that has been accumulated in the upper body during the course of time.

The next week is very crucial and is termed as “Samsarjan Kram” in Ayurveda. A strict simple diet is to be followed consisting of moong dal, rice gruel etc. to avoid any ill-effects.

Vamana therapy can be adopted by people with the following problems:

 When a person has a Kapha dominant body type

 If he/ she is suffering from Kapha disorders

 Has some trouble in digestion due to Kapha

 A person with Goiter, thyroid can adopt Vamana therapy

 A person with mouth ulcers

 Infertility among women and men

 Anyone with disease involving the upper body

 Pregnant Women cannot take the therapy during their pregnancy.

 Ascites is cirrhosis of liver. Main reason for this is excessive drinking. A person with Ascites cannot take the therapy.

 Person with Heart-Related disorders is unsuitable for the therapy

 Children, old people should not be allowed for the therapy

 Continuous Vomiting urges in time is a sign of adequate Vamana.

 Elimination of dosha in proper order. Kapha, Pitta and Vata coming out in successive order, without and hindrance.

 The urge for vomiting recedes on its own, after the doshas are properly eliminated.

 Calmness of mind and cessation of vomit bouts on its own.

 Absence of vomiting or occasional vomiting is a sign of inadequate Vamana.

 Vomiting of the drug material which was consumed without the vitiated of Kapha dosha.

 Excretion of the drug material through purgation. 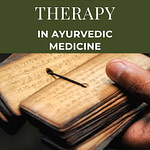