Trimarma means three-marmas. Marmas are exposed weak sensitive or vulnerable parts of body as per Ayurveda which are vital for the constitution of a body.  Trimarma got its origin after observation of patients by our Acharyas in warfare. In patients found hurt in the war, various injuries were observed, some of which were too fatal and warriors died in a short span of time and didn’t improve even after the treatments available at that time. It was then concluded that they were hurt at crucial sites which were very fatal when hurt.

These sites were homes of Vata and Agni doshas and played pivotal role in maintaining health i.e. Sadya pranahara. These were considered Marma. Even minor injuries to these sites interrupt the functioning of associated organs and may prove fatal. Marma Therapy / Marma Chikitsa which evolved later as a branch of Emergency medicine in Ayurveda which has methods or procedures to rescue people hurt at such crucial places.

Trimarmas are the main 3 Marmas with an extra-ordinary relation to Prana which include – Hridaya (cardio-vascular system), Sirah (nervous system) and Basti (urinary system).

Word is also thought to have derived from Sanskrit word ‘mri’ meaning ‘death’.

As per different usages, word Marma in Sanskrit means a few different things:

Acharya Dalhana (commentator of Sushruta Samhita) has described Marma as ‘those whose injury proves fatal’.

Acharya Vaghbhatta has also encompassed those conditions under Marma which produce sorrow or pain which resemble death. He maintains that Marma is actually a seat of life which gains its importance by the grace of nature- Swabhava of an individual. Further he has once described that Marma is actually the union of two or more elements (i.e. Dhamani-arteries, asthi-bones, Manasa- intelligence closer to heart, Sandh i- joints, Sira- nerves and blood vessels) which make a conscious seat for Prana (life). In Ashtanga Samgraha, Marma is clinically denoted as the site that develops irregular palpitation (Visham Spandana) or pain on being hurt or attacked.

Acharya Sushruta cites the function of a Marma is to host Prana (life). However meaning of Life and Soul is not the same. Life or Prana is formed by a perfect accord of body, mind, sense and soul. His definition is really the best possible definition of Marma as given below.

Acharya Arunadatta (the commentator of Asthanga Hridaya), has defined Marma as ‘one to which injury causes death’.

Acharya Vashishth states in Vashishth Samhita that while practicing Pratyahara in Yoga practice, 18 major marma points can be used to withdraw the energy / Prana and develop deepest form of meditation. 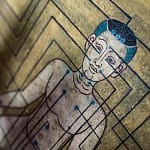 Father of Surgery, Acharya Sushruta defines Marma in the best possible way which is understandable to common man. According to him:

Marma is the meeting place or joining of 5 important elements that form human body namely Sira, mamsa, asthi, sandhi and snayu (all of which are defined below in anatomical categories). Prana is situated at the meeting points of these elements. So any adverse effect or injury or hurt to these places can lead to dangerous consequences depending on the structures of Marma involved in the injury.

Every Marma is a house of:

Classification Of Marmas Based On The Level Of Damage:

Marma Therapy helps human body in many ways. The therapy is actually a Preventive therapy which helps to revitalise the body to function in the most optimal way. A Marma specialist first isolates the marma points and then provides massage with special heated oils which increase blood flow to these points. This results in better blood flow to various neuro-muscular junctions.  Thus principally, Marma therapy helps in the ways below:

Sira means Brain and the associated Nervous system. Brain is considered as Uttamanga i.e. best of the organs in the body. It is the residence of 37 marmas and is the prime seat of consciousness. Thus its importance is also great as any injury to it or any part of it will also affect other Marmas connected to it and may prove debilitating. Acharya Vaghbhatta also compares brain to a tree which has its roots in the brain matter and branches all over the body till bottom. According to him, Prana resides in Brain.

Like all rivers meeting in ocean, waste products from all over the body drain into urinary bladder. Thus it holds a special importance amongst all marmas. Marma therapy of Basti helps in treating conditions like cystitis, haematuria, nephritis, prostate enlargement and oliguria.

Importance of Trimarmas in Ayurveda: 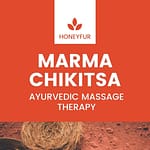 Dr Surabhi Rawat is a Medical Physician based in New Delhi, India. After completing her MBBS in 2009, she has gathered experience in the field of Medicine and Gynaecology for over 10 years in both Government based and private hospital setups including Apollo Hospital Delhi. She shares her passion for connecting with and educating people via this health blog and believes in a holistic approach to lead a balanced and healthy way. She is engaged in relaying well-founded and ayurvedic practical information after careful research and analysis by writing and reviewing health articles thus enabling people to make informed health decisions and achieve optimal wellness through natural, nutritional and lifestyle changes for long term benefit.