Kantakari is an ayurvedic medicinal herb known by different names in different parts of the world. Its botanical name is Solanum Xanthocrpum. It is known as Kantkari in Sanskrit, Kateli/Kateri in Hindi and Yellow Berried Nightshade in English.

Belonging to the family Solanaceae, Kateli is a thorny shrub-like perennial plant which has bluish or white flowers. Sometimes the fruits of Kantakari are poisonous and hence should never be consumed. Found all throughout India, the plant usually grows in dry areas. It can also be found growing on the roadsides as a weed.

However, Kantakari is a special shrub in Ayurveda as it is regarded as a part of the Dashmula or the group of ten roots. Famous ancient Indian medical specialists Charaka and Sushruta recommend Kantakari for numerous conditions. Kantakari is used as a constituent in different formulations like Kanatakari Avleha and Vyaghri Haritaki Avaleha.

The medicinal properties of the Kantakari plant are:

It is helpful in the following conditions:

Ayurvedic Properties or Gunadharma of Kantakari

Indigestion And Other Digestive System Disorders

Ayurveda states that the main reason behind indigestion is aggravated Kapha. Too much Kapha suppresses the Agni or the digestion fire. Kantakari has Deepan (appetizer) and Pachan (digestive) properties which help in maintaining and improving Agni and thereby better digestion.

It enhances the digestion process and thereby it also helps in improving appetite. People suffering from anorexia can immensely benefit from the use of this herb. People willing to gain weight can also use Kantakari as it promotes appetite. Apart from this, Katnakari also helps in improving the process of nutrient absorption and provides relief from the problem of flatulence.

Suggested Remedy: Mix one fourth to half teaspoon Kantakari powder with water or honey and consume it once or twice a day after light food in case of digestive system problems.

Cough and cold is basically a disorder related to the buildup of excess Kapha dosha. According to Charka Samhita, Kantakari is Kasahara, which means a group of herbs which relieves cough and cold.

Kateri can help in balancing the Kapha and help in the removal of the excess mucus which gets accumulated in the lungs. It helps in clearing catarrh and phlegm in the bronchial tubes thereby freeing the respiratory system with related disorders. Thereby it works like any other antibiotic expectorants by clearing the passage to the lungs.

It proves to be quite helpful in Asthma because of its anti-inflammatory properties (Shothahara). Apart from reducing the mucus production and buildup, Kantakari also reduces the pain and swelling of the tract.

Yet another speciality of Kantakari is that it works as a bronchodilator. This means that consumption of Kantakari helps in dilating the bronchioles. Dilated bronchioles suppress Asthma symptoms like breathlessness and chest congestion. This is the reason kantakari ghrita, which is a formulation made with this herb as the main ingredient is used for such severe respiratory disorders.

Suggested Remedy: According to Acharya Balakrishna, this is one of those herbs which proves to be extremely beneficial in respiratory disorders and must be consumed for quicker relief. He suggests a remedy for people affected with cough and cold and is unable to cure their coughing of a very long time.

Buy dried Kantakari panchang and cut them into smaller pieces. Boil 3 to 4 grams of this panchang with 200 ml water. Boil until the mixture remains only 50 grams. Drink the concoction regularly.

It has the ability to cure even the most severe coughing disorders. Yet another remedy for cough and cold is to extract the fresh juice of Kantakari and consuming 1 to 2 grams of this juice in combination with 1 gram honey.

Dropsy is an old term for oedema. It is a condition in which soft tissues get swollen due to accumulation of excess water. It can be caused as a side effect of a medication or might be an underlying condition of some other disease. Consuming Kantakari prevents the accumulation of water in cavities and tissues in the body.

It is well known that the herb proves to be extremely beneficial in case of digestive system issues. Similar is its effect on worm infestations. Kantakari has anti-helminthic properties. It destroys the intestinal worms without causing damage to the human being.

The herb is anti-bacterial, anti-fungal and anti-allergic. Thereby it is helpful in removing any pathogens present in the body. It kills the microorganisms and provides relief from pruritus which is an unpleasant itchy condition caused due to buildup of pathogens on the body.

Purifies Blood And Good For Heart

Kateri has anti-toxin properties which ensure the blood is free of toxins and only the pure blood circulates throughout the body. It also works as a tonic for the heart as prevents in accumulation of cholesterol in the arteries and helps in removal of any excess cholesterol deposited.

Kantakari has anti-inflammatory properties which is why it is helpful in mayoral conditions like swelling of gums and toothaches. It provides relief from pain and redness of gums. It is also used in the manufacturing of herbal dant manjans or toothpaste.

Suggested Remedy: Acharya Balakrishna claims that the herb has the ability to cure toothaches and other oral disorders. If a person is suffering from a toothache, Acharya suggests extracting juice out of the fresh plant by grinding it and straining it. Dip a cotton ball in the juice and apply on the affected area.

According to Charka Samhita, kantakari is part of the Hikka Nigrahana Gana which means a group of herbs that relieve hiccups and one of the Kanthya Gana, which are a group of 10 herbs that improve the quality of voice.

Suggested Remedy: Acharya Balakrishna has a wonderful remedy for people suffering from hair fall and baldness. Extract the fresh juice by grinding them in a mortar and pestle and then straining the juice. Apply this fresh juice on your scalp regularly. This is an effective cure for hair fall and also helps in improving the quality of hair, making them stronger and helps to free the scalp from dandruff.

The general dosage is:

This herb is not only a good medicinal herb but it can also be used to make delicious meals. The following recipe of Kantakari is easy as well as super healthy.

Kantakari Side Effects And Precautions

Kantakari has no side effects if consumed in prescribed doses. However, consuming more than the required dose can cause a burning sensation in the stomach.

Since it reduces blood sugar level, diabetic patients must consume it only after a doctor’s recommendation. Also, people undergoing surgery must stop consuming Kantakari at least two weeks prior to the surgery.

It is always recommended to consult a medical practitioner before taking any drug. 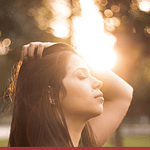